American Opera Project Honors Int’l Transgender Day of Visibility with “As One: The Work Continues …” 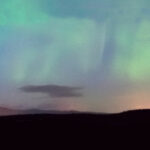 Brooklyn, NY – The American Opera Project (AOP) will honor International Transgender Day of Visibility with “As One: The work Continues …” at The Lesbian, Gay, Bisexual & Transgender Community Center in New York City. The one-hour live and livestreamed event, taking place on March 31, 2022 at 7 pm ET, will be moderated by baritone, model, and creative director Rahzé Cheatham who recently performed in the landmark 49th production ofAs One, featuring an all transgender cast. The event features a panel including documentary filmmaker and As One librettist Kimberly Reed (Prodigal Sons), as well as As One singer, baritone Lucas Bouk. The panel will reflect on transgender and nonbinary visibility in the arts and society since the premiere of As One in 2014, and what the near future holds.

The evening will also celebrate the launch of the True Voice Award, a new initiative created by Kimberly Reed, Laura Kaminsky, and Mark Campbell, and overseen by Washington National Opera to help create opportunities and support training for transgender opera singers. Washington National Opera’s Artistic Director Francesca Zambello will announce the award. The event will culminate with the premiere of the newly commissioned choral work “A Brighter Light,” marking the recent 50th production of As One at Opera Santa Barbara. The choral work, written specifically for the event by the creators of As One, will premiere as a video featuring over 35 singers who have embodied the role of Hannah in productions of As One across the world.

Premiered by AOP at Brooklyn Academy of Music in 2014, As One is a chamber opera in which two voices—Hannah after (mezzo-soprano) and Hannah before (baritone)—share the part of a sole transgender protagonist. Fifteen songs comprise the three-part narrative; with empathy and humor, they trace Hannah’s experiences from her youth in a small town to her college years—and finally traveling alone to a different country, where she realizes some truths about herself.

The event will be livestreamed for free and in-person tickets are available for a $10 suggested donation. Tickets can be reserved by visiting https://www.gaycenter.org/aop.