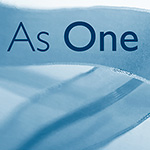 New York, NY — OPERA America, the national service organization for opera, is pleased to announce the first round of recipients of its new program: Opera Grants for Female Composers, made possible through the generosity of The Virginia B. Toulmin Foundation. From among the 112 eligible applicants, an independent adjudication panel selected eight composers. The recipients have each been awarded $12,500 to support the development of their compositions listed below.

The recipients of the Opera Grants for Female Composers are: Laura Kaminsky for As One, the chamber opera/film project, Anna Clyne for As Sudden Shut, Michelle DiBucci for Charlotte Salomon: Der Tod und die Malerin (Death and the Painter), Kristin Kuster for Old Presque Isle, Anne LeBaron for Psyche & Delia, Fang Man for Golden Lily, Sheila Silver for A Thousand Splendid Suns and Luna Pearl Woolf for The Pillar.

OPERA America has awarded nearly $13 million over 25 years to Professional Company Members in support of new American operas. Fewer than 5 percent of the organization’s grants supporting repertoire development have been awarded to works by female composers. Opera Grants for Female Composers provide support for the development of new operas by women, both directly to individual composers and to opera companies producing their work, advancing the important objective to increase diversity across the field.

Opera Grants for Female Composers is a two-year project, with a different focus each year. In this first year, Discovery Grants identify, support and help develop the work of female composers writing for the operatic medium, raising their visibility and promoting awareness of their compositions. In addition to financial assistance, grant recipients will be introduced to leaders in the field through a feature in Opera America Magazine, and at future New Works Forum meetings and annual conferences. Supported works will be considered for presentation as part of the New Works Forum in January 2015 and New Works Samplers at future annual conferences.

The second year of the Opera Grants for Female Composers program will focus on Commissioning Grants. These awards will help support the commissioning and production of works by talented women composing on the stages of OPERA America Professional Company Members. Details for this segment of the program will be announced later in 2014.

“OPERA America has several programs designed to advance the careers of the most talented creative artists and we are delighted to introduce an initiative that supports female composers,” commented Marc A. Scorca, president/CEO of OPERA America. “We knew this program would lead to the discovery of composers who are new to us, but we were astonished and thrilled by the tremendous number of applicants. Opera is experiencing a period of intense creative intensity as demonstrated by the interest in this new program,” he continued.