Opera America Interview: “As One” – A True Voice for Trans Singers 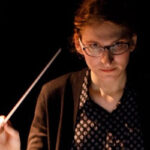 It’s an exciting time for As One. The seven-year-old opera’s 49th production — and the first one featuring a nonbinary baritone (Rahźe Cheatham) and trans mezzo-soprano (Tona Brown) — took place on Transgender Day of Remembrance on November 20. The 50th production will occur right before Transgender Day of Visibility on March 31, and The Atlanta Opera is already planning a production featuring baritone Lucia Lucas, a transgender woman. Although the piece was originally written for a mezzo-soprano and baritone, which are typically associated with a particular gender, it is increasingly being sung by people who identify as transgender or outside the gender binary.

To create more space for trans individuals in opera, As One creators Kimberly Reed, Laura Kaminsky, and Mark Campbell recently established the True Voice Award at Washington National Opera, which will help create opportunities and support training for a transgender singer. The trio shared their goals for this program and their hopes for its broader influence, as well as their thoughts on the future of As One, with new Opera America Magazine Editor Sophia Bennett. 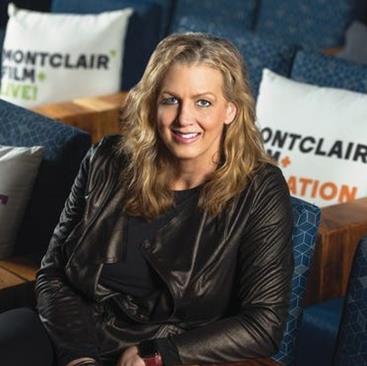 Bennett: In some ways, the world has changed a lot since As One premiered. How have you seen those changes manifest, and have you seen people’s acceptance of trans characters in opera increase?

Kaminsky: There is now greater visibility of trans people in society. Seven years ago, statistics from GLAAD showed that fewer than one out of 10 people knew someone who was trans. Now, 16 percent of adults know someone who is trans, and the number is over 25 percent for Millennials.

Campbell: Greater visibility has increased the importance of engaging transgender artists in operas that tell their stories. Our website recommends casting trans singers in the opera. It also advocates for engaging trans people in music and stage direction and anywhere else in productions, as well as including them in all community events associated with the opera. In my own work, when I created a transgender character in my opera Stonewall for New York City Opera in 2019, I insisted that a transgender singer perform the role. It was the first commission by a major opera company in which a role was written specifically to be performed by a transgender singer.

Bennett: What was the impetus for the True Voice Award?

Reed: One of the issues with As One early on was that this piece was conceived for two specific cisgender singers. We always tried to encourage diverse and inclusive casting (of course racially but specifically when it came to gender identity and expression). We kept running into this frustration that we weren’t finding enough trans or nonbinary singers. At the same time, we had this real feeling of gratitude toward the opera community. I don’t think any of us imagined that seven years after the premiere of As One, we’d have 50 productions and the promise of so many more. We started to feel like we had a responsibility to give back to create more opportunities for trans performers and folks behind the scenes. That led to us establishing the award.

Bennett: Tell me more about the award and what you hope it will accomplish.

Reed: It’s an award that will be administered by the Washington National Opera, with auditions for the award occurring alongside the Cafritz Young Artists’ annual audition tour. The idea is to help support the training of a trans or non-binary singer.

Kaminsky: When Kim had this very beautiful idea, we spent a fair amount of time exploring how it could be most impactful. Our will is great, but our resources are not huge. We had a conversation with Washington National Opera and explained that if an institution of such import endorsed our idea, it could conceivably spark other companies and training programs and conservatories of music to do similar kinds of affirmative programs. We were so thrilled when they agreed to be a strong advocate and support the award.

Campbell: My greatest hope is that the success of As One and the creation of the True Voice Award will help generate more operatic stories that explore not only the lives of transgender people, but also the entire gender spectrum.

Bennett: What are some of the specific challenges trans singers face?

Kaminsky: When a person is undergoing a transition, there are physical and hormonal changes as well as psychological changes that occur so a person can be full and whole. Vocal cords and where your voice sits are issues that need to be confronted for singers whose voice is changed by testosterone. Some trans singers in the past have felt they have to give up their careers if they transition.

Campbell: Trans singers can also face some of the same prejudice within the industry that they do in society. One reason for the True Voice Award is to help break down some of those barriers through visibility. 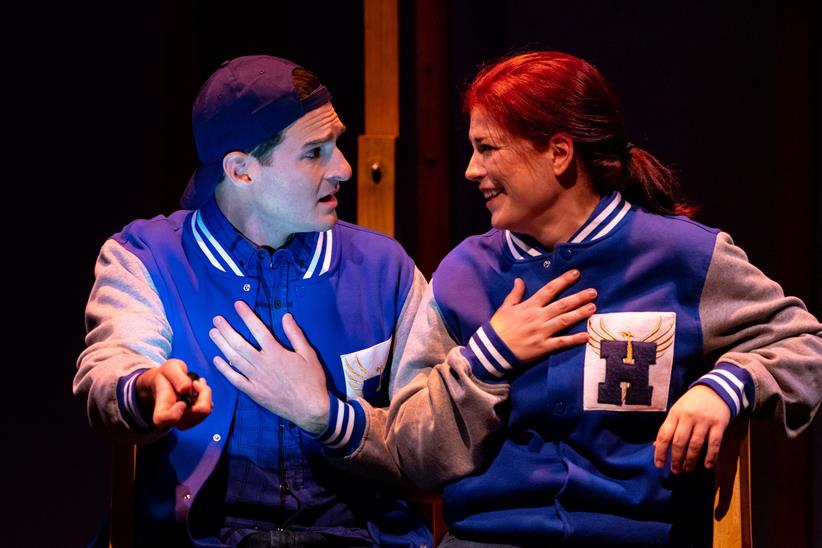 Michael Kelly and Blythe Gaissert as Hannah in a production of As One produced by The American Opera Project and New York City Opera at the Kaufman Music Center in 2019 (Photo: Steven Pisano Photography)

Bennett: What can directors and companies do to be more inclusive of trans and nonbinary artists?

Reed: The world of opera is so starkly gendered, even if you’re looking at opera’s long tradition of pants roles. Hopefully what the True Voice Award will do is inspire companies and training programs to conceptualize those roles as something that doesn’t necessarily have to fall along the gender binary.

Kaminsky: My personal feeling is that if somebody has a beautiful voice, they should be allowed to sing. End of story. In our production on Transgender Day of Remembrance, we have a trans woman who was, in fact, a mezzo and played the role of Hannah After. When The Atlanta Opera does As One in the spring, the company will feature a trans woman who is a renowned baritone and decided to maintain their beautiful voice and not try to force it into a range that wasn’t right for them. In an ideal world, we want more of that, where if you’re a great artist, you should be able to make art with your craft and your skill and use your sensitivity and humanity to share a story the audience. That defies some of this gendering and the binary nature of how we’ve been thinking about everything forever. That’s the joyful piece of what we’re hoping we can achieve with the True Voice Award.

Bennett: Do you ever think about making changes to As One?

Kaminsky: If there is a technical issue for a trans singer who is going to attempt to take on one of the roles for the first time, I have no problem changing notes so it’s comfortable. There have been close to 60 different individuals who have sung both of these roles now, and many of them have come to me and said, “Can I take this down an octave because that’s better for me and I can give it more punch.” I’m not going to say no. I want a singer to own their character. If somebody needs a breath or to change a few notes so they can give us a heartfelt, honest, compelling rendition of Hannah and own the role with comfort and joy, that’s cool.

Reed: One of the things we’ve done retroactively with As One and have been endeavoring to do in our subsequent works is talk about different roles as being ranges of notes as opposed to a gendered category like a mezzo or a baritone. When you talk about a string quartet, you talk about the range of notes that each of these instruments has. We don’t necessarily have to determine the gender of the person who is expressing these notes. 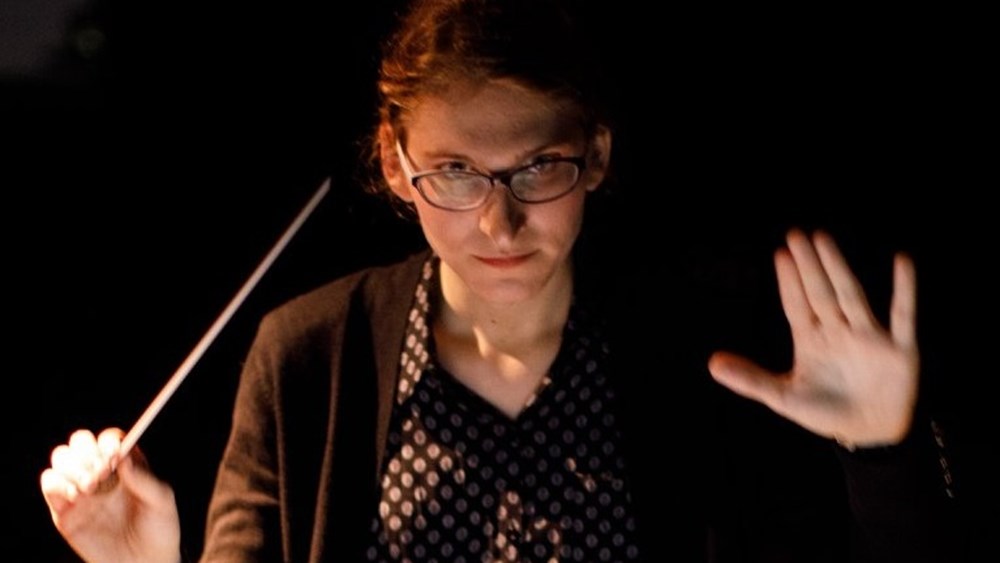 Alexandra Enyart, who identifies as trans, has conducted more performances of As One than anyone else (Photo: Victor Lejeune)

Kaminsky: Kim and I just premiered a new piece that we wrote together at The Santa Fe Opera called Hometown to the World. It has three principal roles: two mezzos and one baritone. We put a note in the score saying, “The authors encourage creative and non-traditional casting choices regarding singers’ gender identity and/or gender expression in relation to their voice types. With this in mind, we’ve included a chart of vocal ranges for the principal characters, traditionally considered as two mezzos and one baritone.” It’s like, if you can sing those notes and you can convince us that you can play that character, you should have every opportunity to be cast in that role. And that represents a shift in thinking about casting.

Bennett: Do you have any future plans for As One?

Reed: Mark and I recently sent Laura text for a choral piece we are creating together to celebrate Transgender Day of Visibility at an event being organized by Matt Gray of The American Opera Project, the organization that originally commissioned, developed, and premiered As One. Matt’s idea is to invite all of the people who have sung the role to create a Hannah Chorus to bring that to life. We have toyed with the notion of writing a sequel and looking at who Hannah evolves into and what her life is like after she goes off to Norway. That’s more interesting to us than fussing with a piece that’s already out there in the world and is healthy and having a good time on its own.

I like working with Laura and Mark because the writing process is so much fun. I hope that comes across in our depiction of Hannah, who is light-hearted, self-deprecating, and a little goofy — all of which is to say she’s a real person. Stories of trans people in the media have all too often depicted a story of tragedy and suffering, and we didn’t want to fall into that same pattern. We wanted to make sure Hannah was a three-dimensional person that others could relate to.

While As One flowed from the minds of its three creators, it wouldn’t have come to life without some help. “We were very fortunate from the very beginning to have the support of The American Opera Project,” says composer Laura Kaminsky. “When I proposed this idea, it was several years before we got to the premiere at BAM. I was not known as someone who wrote vocal music, and I was basically told by the team at AOP, ‘Whenever you’re ready to move ahead with this, we will be there to help you.’ They became the developing partner and got us through the workshop stage with support from the very first cycle of OPERA America’s Discovery Grant program, and then to the premiere. We are eternally grateful to both AOP and OPERA America.”

This article was published in the Winter 2022 issue of Opera America Magazine, January 19, 2022.