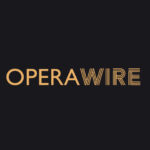 On October 15, 2022, Town Hall will launch a series of concerts in celebration of four contemporary, female composers.

The series will open with the New York premiere of Meredith Monk’s “Memory Game.” Released as an album in 2020, the work is a look through Monk’s storied career, and features her Vocal Ensemble comprised of Theo Bleckmann, Katie Geissinger, Allison Sniffin, and long-time collaborators Bang on a Can All-Stars.

January 20, 20223, will see Grammy-winning Gospel singer and producer Dr. Elbertina “Twinkie” Clark make her Town Hall debut with a program of her compositions, curated and music directed by prominent Gospel artist Damien Sneed. Clark will play the B3 Hammond organ as she performs her works solo and with guests such as her sister Karen Clark Sheard.

The series will close on February 25, with Judy Collins performing all the works on her 1967 album “Wildflowers.” Collins will be joined by the Harlem Chamber Players, conducted by Tania Leon. The album brought Collins’ interpretive voice to works by artists such as Joni Mitchell, Jacques Brel, and Leonard Cohen at a time before they had achieved widespread fame as songwriters.

“We are proud to present these concerts in tribute to these women who have contributed so much to society through the originality and emotional depth of their music, and through their commitment to social change,” said Town Hall Artistic Director Melay Araya in an official press statement.