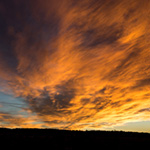 A new initiative bringing stories with purpose to all audiences

Santa Fe Opera announces the launch of Opera for All Voices: Stories of our Time, a new initiative committed to telling wide-ranging stories that resonate with all audiences, regardless of age or previous exposure to opera. The seven companies currently in the consortium will work together to commission new works that are flexible in scope and scale, with the potential to be performed in smaller venues and off the main stage while striving for rich storytelling and artistic integrity. The first new work will receive its premiere in 2019 at Santa Fe Opera, composed by Augusta Read Thom as with a libretto by Jason Kim. The second commission will be composed by Laura Kaminsky with a libretto by Kimberly Reed and is slated to premiere at San Francisco Opera in 2020.

Opera for All Voices was born out of the need for works with outstanding artistic quality that can still reach broad-ranging audiences by both accessibility of subject material and budgets. The project also addresses the serious need to bring new audiences to opera by commissioning important works that speak to all voices, designed with modern attention spans in mind, and the need to break down pre-concieved notions that opera is antiquated or elitist.

The teams behind the first two commissions were selected through a rigorous process with feedback from the participating companies. Both teams embody the spirit of the initiative in their previous works, telling stories with purpose through music.

Grammy Award-winning Augusta Read Thomas, composer of the first commission, boasts a prolific collection of orchestral, chamber, choral, and vocal works. Recent and upcoming commissions include those from the Boston Symphony, Wigmore Hall in London, Tanglewood, Chicago Philharmonic, Orpheus Chamber Orchestra, the Danish Chamber Players, Lorelei Vocal Ensemble, and the Fromm Foundation. In addition to composing, Thomas is an influential teacher at Eastman, Northwestern, Tanglewood, and Aspen Music Festival. Designated University Professor at the University of Chicago, she was the longest-serving Mead Composer-in-Residence with the Chicago Symphony Orchestra from 1997 through 2006.

Jason Kim is an in-demand librettist, playwright, and screenwriter who joins Thomas. His recent work includes the operas Machine at OPERA America and Legendary at Fort Worth Opera; the shows Girls on HBO, Love on Netflix, and The Middlesteins on Showtime; the play The Model American at Williamstown Theatre Festival, and the musical KPOP at Ars Nova.

The music behind the second commission comes from Laura Kaminsky. A composer of opera, orchestra, chamber, vocal, and choral music, her scores often address social and political issues such as sustainability, war, and human rights. She recently made waves in the realm of stories previously untold with her opera As One, which premiered at BAM in 2014 and has since been performed across the country. Additional premieres and commissions include Some Light Emerges at Houston Grand Opera, Today It Rains at Opera Parallèle, a Piano Quintet for Ursula Oppens and F or Imm ediate Release