What Inspires You To Compose/Perform Music That Has Political Overtones? 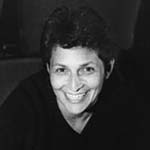 Milan Kundera has written, and I think his words take on a heightened significance today, “Even in times of greatest distress, the individual organizes his or her life according to the laws of beauty.”

I composed Vukovar Trio in 1999. It is in one movement of connected but contrasting sections: “A Sky Torn Asunder”; “The Shattering of Glass”; “Lost Souls”; “Revenge/Retreat”; “Death Chorale”; “River of Blood and Ice”; “Ghost Chorale”; “Dance of Devastation”. I wrote the piece in response to having led a group of young musicians two years prior, in January 1997, from the Polish-based European Mozart Academy, where I was Director, to Croatia, to perform the first live concert since the end of the war in the bombed out Serb Cultural Center of the devastated town of Vukovar. The concert was meant as an offering of hope  … Read the complete article.